I was sent a bag FOC by Alfresco Chef to try after enquiring if the pellets were suitable for use with the Weber Smokefire as other brands have proved troublesome with them. Although these were supplied free, they never asked for a review just to let me know if they were suitable after using them. My findings are my own and not influenced by the their offer.

Since owning my Smokefire back in February, I have used Weber Pellets exclusively as their are so many stories of other brands causing problems with the Augur when using them. I am keen to find another brand that works with them in the UK mainly for other types of wood flavours to use as Weber currently only have 3 on the market here in the UK.

I was sent a 10kg bag of Walnut that is meant to have the characteristics of Hickory in the finished flavour with meat. One of the main differences in pellets from other brands to Weber that I have read is the length and diameter of the pellets are bigger than Weber's and this is where some of the problems have arisen. The picture below is 5 random Weber Apple Pellets and 5 Alfresco Chef Walnut pellets side by side. Weber on the left, Alfresco Chef on the right 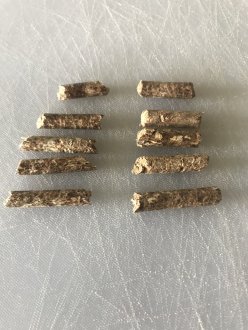 They're pretty similar in size and diameter and like the Weber ones the Alfresco does have some larger ones in the bag, but both brands seem to break up easily within the augur. 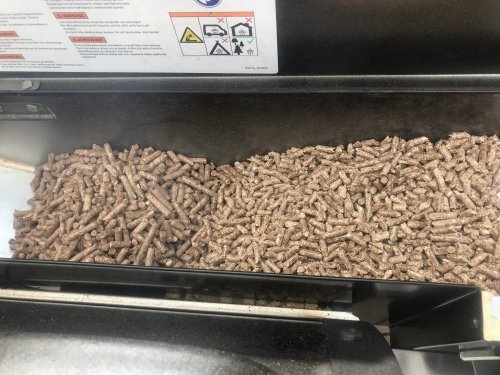 I ran a continuous cook for over 18 hours in total yesterday starting with an empty hopper and filling it with the Alfresco Chef pellets. I started with a Pizza at 550F. Total start up, cook and shutdown time 55 minutes, found no discernible difference in start/up finish with these pellets at high heat to the Weber ones. Didn't expect any noticeable smoke flavour on a 7 minute pizza cook, but wanted to test them at a high heat, short cook with a quick start up and shutdown

After cooling down, I fired it up again to do a continuous 18 hour cook that consisted of Beef Short Ribs for 11.5 hours and A Baked Ham and Pork Ribs for just over 7 hours. I was wary of leaving a new brand to run overnight whilst I slept, but needn't of it maintained 240F perfectly from start to finish, no noticeable temp fluctuations from monitoring the app (don't have fireboard for graphs unfortunately). But I certainly never noticed any discrepancies throughout the cook.

A good steady stream of smoke from the rear vents throughout the whole cooking time and a decent smoke ring showed on the beef short ribs (photo doesn't really do it justice) along with a comparable finished smoke flavour to the Weber pellets, I have always used 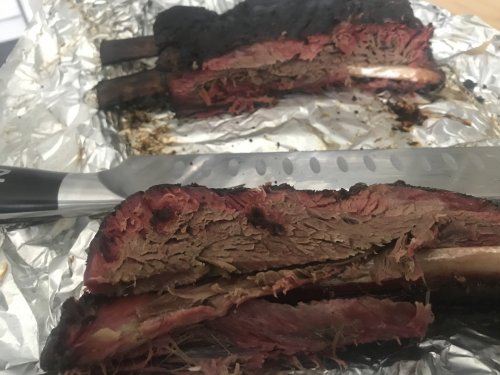 I didn't use the pellets to the very end of the cook before switching to the Weber ones as they would have ran out and I was still cooking but based on the timings I had already cooked for and what was left before I added the Weber ones I would say a 10kg bag lasted me for 16-17 hours cooking time with 2 start ups and 1 shutdown in that time, which is comparable once again to the Weber ones I have used previously, I felt.

In conclusion, very happy with the pellets and how they worked with the Smokefire and the flavour they produced, little or no dust in the bag I received. One of the main reasons for buying the Smokefire, was the ability to do long cooks and leave it unattended for long periods of time, but you need a pellet that allows you to do that and not jam the augur up, hopefully these can do that from what I have seen.

I realise one bag isn't scientific and maybe a few more over time would be needed for a proper conclusion, but I would would happily use them again as they offer some different flavoured woods to the Weber ones, the only thing I noticed was the condition of the back of the Weber lid was very dirty on the outside along with the hopper lid with a fine brown dust, whether that was due to the length of the smoke or the pellets not sure, but the bottom of the smoker had the usual amount of dust, I would expect from a bag of Weber as well.